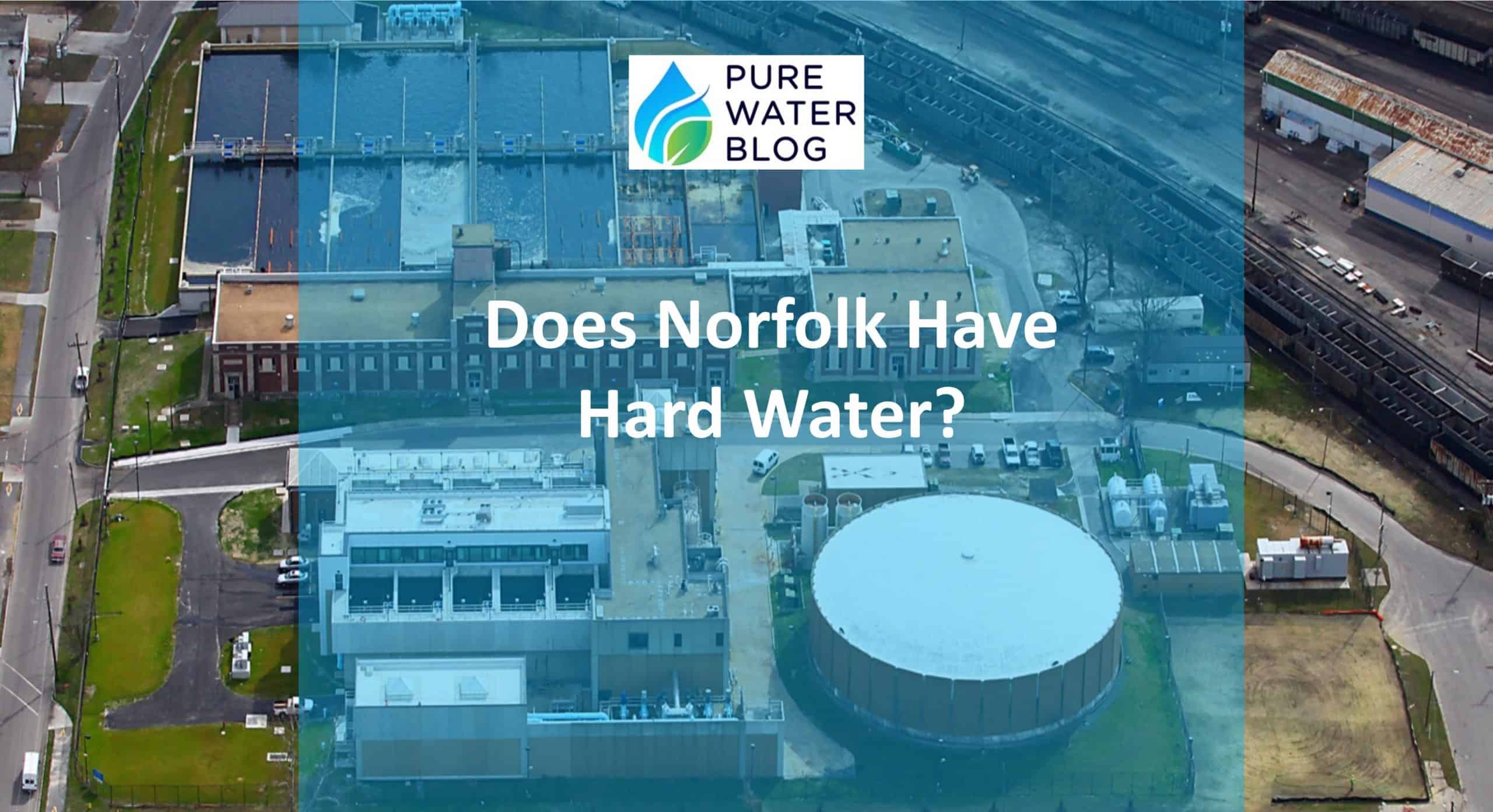 Water hardness is not a health hazard, but it can be a nuisance. If you live in Norfolk, Virginia, you may be wondering if Norfolk has hard water.

In this blog post, we will explore what hardness is, how it’s measured, and the potential health risks associated with drinking hard water. We also cover the water quality in Norfolk, focusing on the tap water hardness, where the water comes from, and a lot more. So, if you’re concerned about the quality of your drinking water in Norfolk, read on.

Read my article about water hardness in other cities.

Does Norfolk Have Hard Water?

Norfolk has soft to mildly hard water. The water hardness is routinely measured by the public water utility and the values range from 29 to 56 milligrams per liter (mg/L). The units for hardness – mg/L are the same as parts per million (ppm).

If you’re a Norfolk resident this is good news. Hard water contains high levels of calcium and magnesium, which can build up on your plumbing fixtures and leave deposits in your drinking glasses. It can also make it difficult to lather soaps and detergents properly.

The table below summarizes the water hardness in Norfolk and the major cities and towns in Virginia.

Does Virginia Have Hard Water?

Much of Virginia’s drinking water comes from rivers and lakes. These water bodies tend to have lower levels of calcium and magnesium (hardness) than water taken from groundwater sources. Areas of Virginia that use groundwater as their water supply have higher levels of hardness because of the prevalence of limestone.

Why Is Norfolk Water Hard?

Norfolk’s drinking water is soft to moderately hard. Tap water in Norfolk is generally soft because it comes from 2 rivers that have very little dissolved solids. The city also gets some of its water from underground aquifers. This water is also relatively soft because the soil matrix is comprised of sand and gravel. These particles don’t have any calcium or magnesium in them (the minerals associated with hardness).

Where Does Norfolk Water Come from?

As shown in the map above, water comes from a variety of sources and locations. Having multiple sources ensures a reliable and safe water supply. The Department of Utilities has two water treatment plants that take in raw water from sources like rivers and reservoirs, where it is then filtered and disinfected.

Who Provides Water to Norfolk

What type of treatment is used to purify Norfolk water?

Norfolk’s water is filtered and then disinfected with chloramine. Chloramine is produced by mixing chlorine and ammonia. This disinfectant is used because it is more stable than chlorine and less likely to produce disinfectant byproducts.

Hard water is water that has high levels of calcium and magnesium. Water hardness is measured in milligrams per liter (mg/L) or parts per million (ppm). This level can vary from soft to hard, depending on the source.

In general, hard water is not considered a health hazard but it can cause problems with plumbing fixtures, making it harder to lather soaps and detergents. Hard water can make your skin and hair feel dry and can leave deposits on your dishes.

What Can I Do About Hard Water in Norfolk?

Tap water in relatively soft and doesn’t require treatment. If you have hard water problems in your home, there are a few options available to you. You could install a water softener or an ion exchange filter that will reduce the hardness levels in your home. Alternatively, you can also purchase bottled water for drinking and cooking instead of using tap water.

A water softener is the best way to reduce the hardness in your water. If you live in the Norfolk area, you can check out this whole house water softener from FilterWater.

Norfolk’s drinking water is generally safe to drink. The water is supplied by Norfolk Utilities, and they routinely test the water according to USEPA criteria. The water is treated by filtration followed by disinfection with chloramine.

Does Richmond have water hard?

Richmond has soft to moderately hard water. Their average water hardness is 64 ppm and 4 grains per gallon. These values are just above the upper limit for soft water.

Does Virginia Beach have water hard?

Yes, Norfolk does have hard water. The city’s average water hardness is 72 ppm, which is classified as moderately hard according to the USGS Water Hardness guide. Water in Norfolk comes from various sources including rivers and underground aquifers, and is treated with chloramine

To reduce the amount of minerals in your water, you can install a water softener which will remove calcium and magnesium from the water.

link to Does Boiling Hard Water Make It Soft?

Hard water presents its fair share of problems. If you’re wondering how to make it soft, and if boiling it will do the trick, you may be pleasantly surprised! Hard water is non-lather-forming water...

Everyone wants purified and clean accessible water available, day or night, in their home. If you live in a hard water area, you may be tempted to try a filter to eradicate this problem. Hard water...