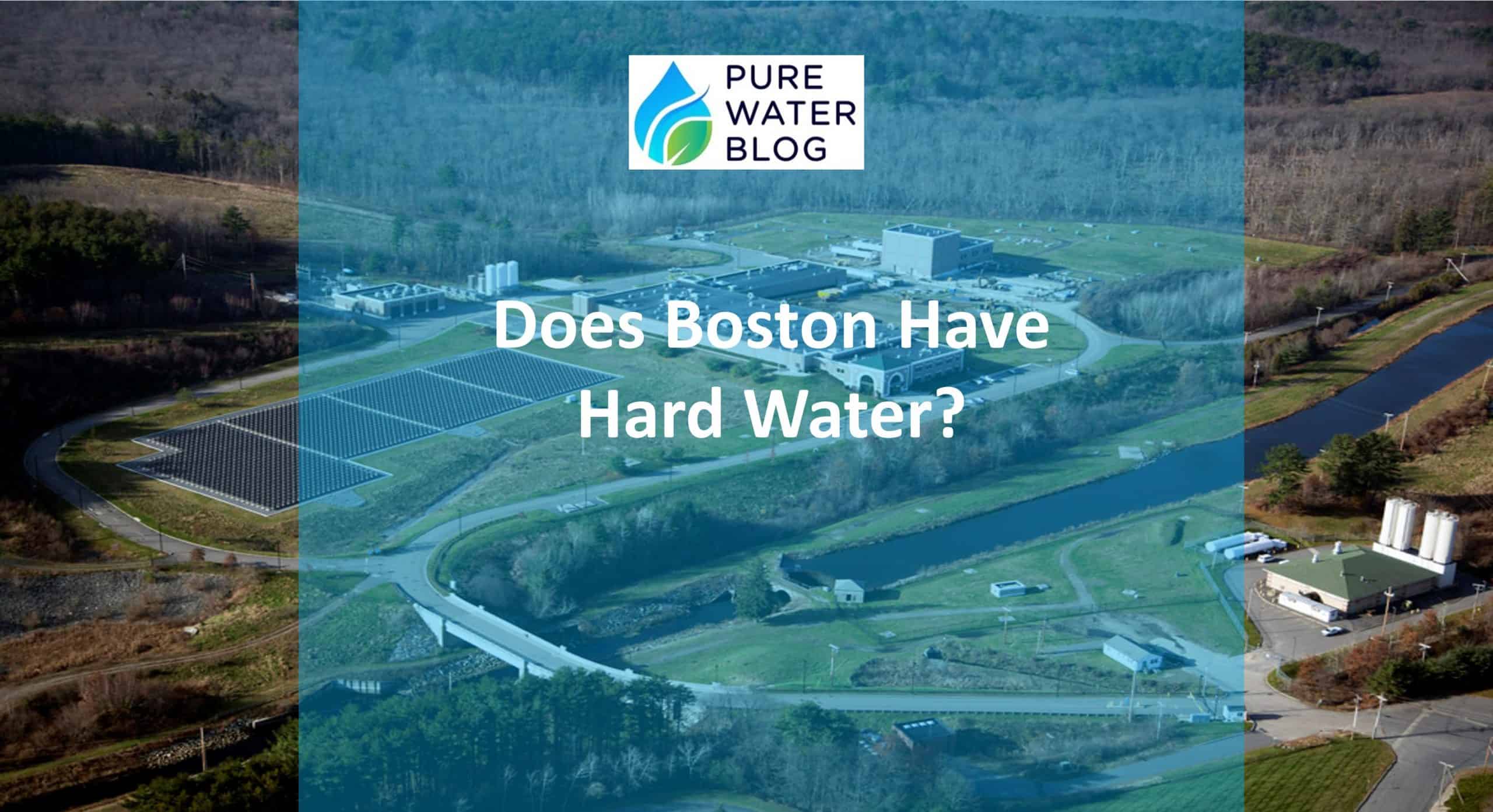 If you live in the United States, chances are you have hard water. While hard water is not a health hazard, it can be a nuisance. It can cause mineral deposits to build up in pipes and appliances, and it can make soap less effective. If you live in Boston, you may be wondering if Boston has hard water.

Boston has soft water. The average water hardness ranges from 6 to 20 mg/L of calcium carbonate, or 0.4 to 1.2 grains per gallon.

This blog post will provide an overview of Boston’s water quality, the factors that affect water hardness, and some tips for softening your water if necessary. To learn more about Boston’s soft water, continue reading.

Does Boston Have Hard Water?

Boston’s tap water is very soft. The average hardness is 8 milligrams per liter (mg/L) as calcium carbonate or 1 grains per gallon (gpg). Throughout the year, Boston’s water hardness can be as low as 6 parts per million (ppm) and as high as 20 ppm.

The table below summarizes the water hardness in Boston and the major cities and towns in the State of Massachusetts.

Does Massachusetts Have Hard Water

According to the United States Geological Survey, water hardness in Massachusetts is soft, measuring an average of 10 ppm. The most populous city, Boston, has a water hardness of 8 ppm. Most of the state has soft water, which comes from the Massachusetts Water Resources Authority.

Why Is Boston Tap Water Hard

The reservoirs are full of rainwater and melted snow from the surrounding area. Because rainwater is absent of calcium and magnesium, two minerals closely related to hard water, drinking water in Boston is soft.

Where Does Boston Water Come from?

The map above shows the location of Boston’s water supply system.

The nearly 7 million Massachusetts residents get their water from rivers, streams and aquifers. Over two million people in the Boston metropolitan area rely on the Massachusetts Water Resource Authority (MWRA) for their water supply.

Who Provides Water to Boston

The Massachusetts Water Resource Authority (MWRA) provides drinking water to residents of Boston and 53 other municipalities in Massachusetts. The MWRA provides over 200 million gallons per day for the people of Massachusetts.

What type of treatment is used to purify Boston water?

All of Boston’s drinking water is treated at the Carroll Water Treatment Plant. This facility uses a variety of treatment technologies to ensure the city has clean, safe water.

The following table summarizes the treatment technologies used in Boston.

Hardness is a measure of the amount of calcium and magnesium ions in the water. In Boston, hardness is generally below 10 PPM, which is considered soft water by USGS standards.

Hard water is water that has a higher than normal concentration of calcium and magnesium ions. It can be caused by natural sources, such as limestone formations in the ground.

Hardness is measured in parts per million (ppm) of calcium carbonate, or grains per gallon (gpg).

Hard water can cause a variety of issues, such as clogged pipes, reduced soap and detergent effectiveness, and mineral buildup on fixtures. In addition, it can increase energy costs due to increased friction in plumbing systems. Hard water can also leave behind residue in drinking water, making it taste unpleasant.

How Can I Remove Hardness from my Water

If you find that your water is too hard, there are a few ways to soften it. The most common way is to install a home water softener. These devices use salt or potassium chloride to exchange calcium and magnesium ions in the water with sodium ions. This process reduces the water hardness and prevents mineral buildup in plumbing fixtures.

Another way to reduce water hardness is to install a reverse osmosis system. Reverse osmosis systems remove minerals from the water by forcing it through a semipermeable membrane. This process will remove almost all of the calcium and magnesium ions, resulting in soft water.

In short, yes, it is fine to drink water from the tap in Boston and its surrounding areas. In 2014, Boston even won the AWWA water taste test beating out NYC.

Do I need a water softener if I live in Boston?

Boston has very soft water. The average hardness level is around 8 mg/L. As such, a water softener is not necessary.

Boston tap water is very soft. This is because its drinking water sources – the Quabbin and Wachusett Reservoirs – are filled with rainwater that is free of calcium and magnesium. The MWRA adds chemical treatments to the water to make it safe for consumption, including ozone, sodium bisulfite, ultraviolet light, sodium hypochlorite, hydrofluorosilicic acid (fluoride), aqueous ammonia and sodium carbonate. Following these treatments, Boston tap water is very safe for drinking.