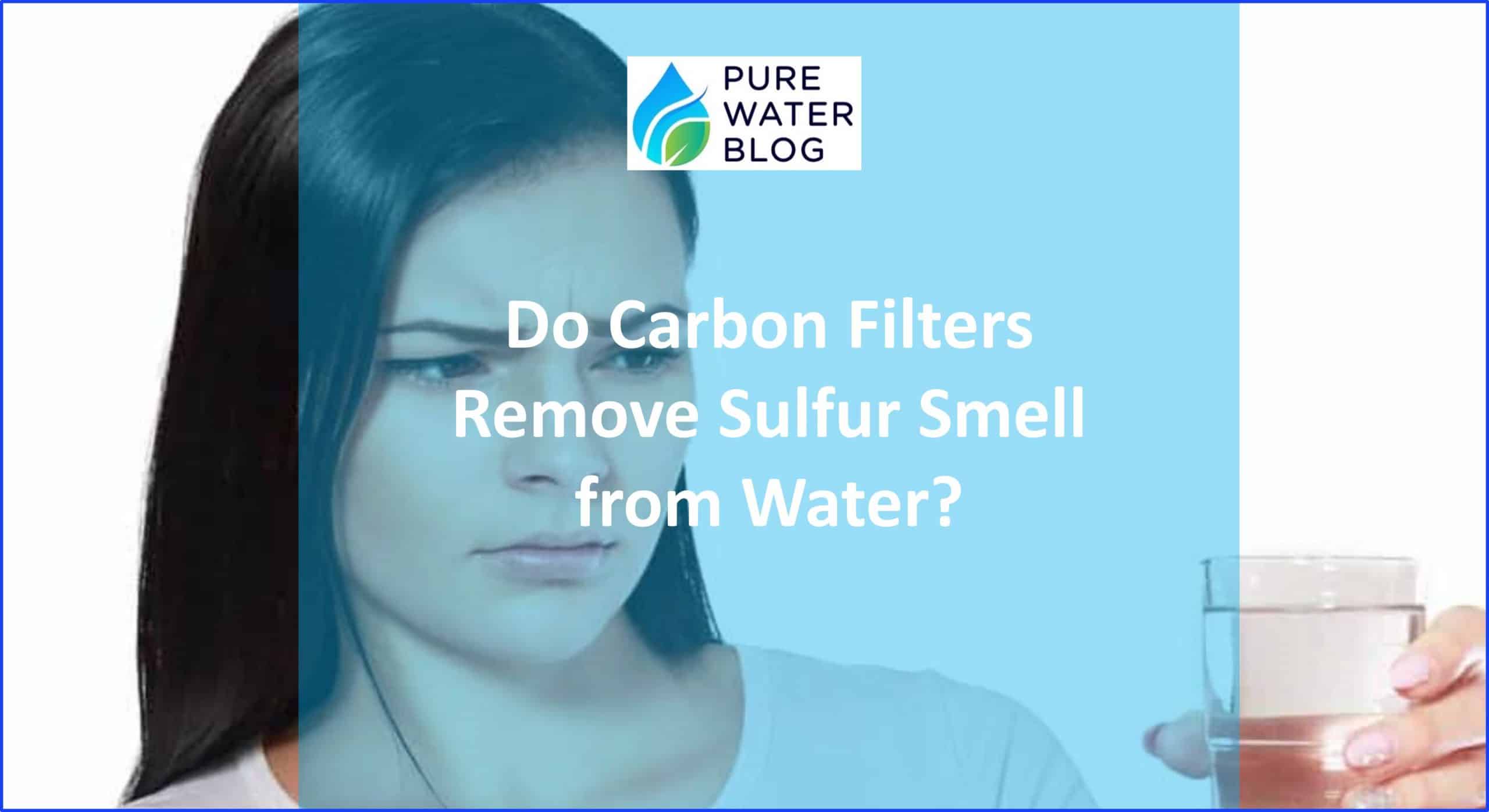 Do you have a sulfur smell in your water?

Sulfur smells can be caused by different things, but one of the most common reasons is bacteria. When these bacteria break down, they release hydrogen sulfide gas, which causes that unpleasant smell.

Carbon filters can remove low to moderate levels of hydrogen sulfide gas from water. Higher concentrations can overwhelm the filter’s capacity, allowing sulfur smelling water to pass through. If you have high concentrations of this odor causing compound, you should use another treatment method.

In this blog post we’ll discuss what causes a sulfur smell in water, how carbon filters work to remove it, and some of the pros and cons of using them. 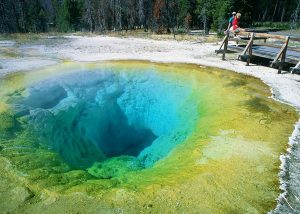 Sulfur is the fifth most common substance on Earth and the third most abundant mineral in humans. Sulfur is found in nature as sulfide and sulfate minerals.

Sulfur is found in some amino acids, such as cysteine and methionine, and is considered an essential element to living cells. It aids in the detoxification of the body, especially the liver. It is also necessary for the production of collagen and cartilage.

What causes sulfur smell in my water

Sulfur can be present in your drinking water in one of several forms. These include: 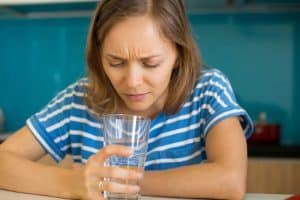 Sulfates in drinking water represent a very minor risk to our health. Most people tolerate sulfates very well. In sensitive people, sulfates can irritate the lungs, and cause dry skin, eczema, and edema.

Although sulfites don’t typically have harmful side effects, some people may be sensitive to them. Sulfites can cause digestive issues like diarrhea and abdominal pain, as well as skin irritation. In rare cases, they can cause anaphylactic and asthmatic reactions.

Although hydrogen sulfide is toxic in high concentrations – above 150 parts per million (ppm), low levels of it are not known to cause health problems. It does, however, smell like rotten eggs, and can cause nausea, vomiting, diarrhea, and headaches. Hydrogen sulfide also corrodes pipes and plumbing fixtures.

While some people are more concerned about the health effects of sulfur in drinking water, others find the smell more bothersome.

The EPA has not established a maximum contaminant level (MCL) for sulfate, sulfite, or hydrogen sulfide in drinking water. A MCL is an enforceable drinking water standard.

The EPA set a secondary maximum contaminant level for sulfate at 250 mg/L.

If you have a private drinking water well, there are no EPA regulations. 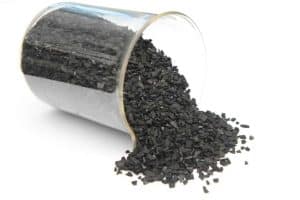 Activated carbon adsorption is an effective and reliable water treatment process. It is considered a best available control technology by the USEPA and is a benchmark for other water treatment methods.

Carbon filters are widely used in residential and commercial water treatment systems to remove a variety of contaminants including taste and odor, chlorination byproducts, VOCs, and THMs.

Read my comprehensive Carbon Design Guide for a detailed explanation of this treatment technology.

Absorption is a bulk process where the substance is taken into (absorbed) the media like a sponge. Adsorption onto activated carbon works because most organic molecules have a natural affinity for carbon. This means they will stick to the surface of the carbon. To increase the surface area available for adsorption, thousands of tiny pores are created by “activating” the carbon. 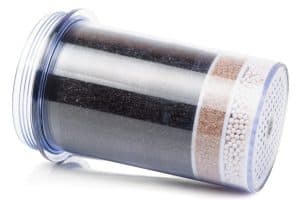 Carbon filters for residential applications are very simple. They include either a vessel filled with activated carbon (for whole-house systems) or a cartridge that contains carbon (point-of-use filters).

Granular activated carbon, also known as GAC, is the most commonly used type of carbon. GAC looks like the gravel in an aquarium. Some carbon filters include a particle pre-filter to remove sediment and suspended particles. This protects the carbon from fouling and extends the life of the media.

Many carbon filters, especially whole-house systems, include a bypass valve to allow the flow of water when the vessel is being serviced. Pressure gauges are often installed on the inlet and discharge side of the filter to allow you to monitor the amount of fouling that has occ

Carbon is formed by converting organic materials like wood and coal into charcoal. The charcoal is then activating by exposing it to high temperature steam.

Most of the activated carbon used in water treatment is made from coal. The two main types use in carbon are bituminous coals and lignite coal. Coal-based carbon is very hard with pore sizes that make it ideal for removing many of the contaminants found in drinking water.

Coconut shall carbon is highly prized for its ability to purify air and to remove difficult contaminants like PFAS and lead. This carbon is made from coconut husks. Coconut shell carbon is more expensive than coal-based carbon, but it lasts longer and is more effective at removing certain types of contaminants.

Catalytic carbon is activated carbon that has been modified through the addition of iron-hydroxide or through an enhanced activation process. It has several advantages over conventional carbon including a higher affinity for chlorine and chloramines.

Activated carbon filtration can adsorb hydrogen sulfide gas on the surface area within its pores. However, a large unit capable of treating all of the water entering your home is required, and the carbon must be periodically replaced. Carbon filters are sometimes used in conjunction with other treatment systems to “polish” the treated water and remove small amounts of hydrogen sulfide.

How much sulfur smell can carbon remove

If you have a high concentration of hydrogen sulfide in your water, carbon filtration may not be the best option for you.

At high concentrations, chemical oxidation is usually required to remove hydrogen sulfide from water. Chlorination is the most common form of treatment for hydrogen sulfide in drinking water supplies. It effectively removes the gas by converting it into a harmless compound called elemental sulfur. However, the chlorine odor may also be objectionable.

Type of carbon is important

When it comes to removing sulfur smells from water, the type of carbon filter is important. Recently, catalytic carbon filters have been developed that are better at treating hydrogen sulfide than traditional activated carbon.

However, these units require a minimum of 4 mg/L of dissolved oxygen in the source water for effective operation. This may require pretreatment if your groundwater has low levels of DO.

A properly designed carbon filter system is essential for removing sulfur from your water. The low affinity carbon has for hydrogen sulfide can result in excessively high carbon usage if not designed correctly.

A good carbon filter for hydrogen sulfide removal should have the following parameters:

If you follow these guidelines, you can be sure that your carbon filter system will remove sulfur smells from your water.

Factors to Consider with Carbon Filters

If you are considering a carbon filter for your home, there are some factors you should keep in mind before making a decision.

The biggest cost is the labor to install the filter. If you’re handy, you can install the system yourself. An under-sink carbon filter can be installed for less than $100. However, a filter this small would not remove all of the radon from your water.

Carbon filters require maintenance to keep them operating properly. The primary maintenance is replacement of spent carbon – spent carbon is media that has no remaining adsorption capacity.

Small, under-sink filters need to be replaced every few months. Large whole-house filters can last for 6 months to as long as 2 years before they need to be replaced. Often, the carbon will become fouled with sediment or biological growth which would require replacing it more frequently.

For a whole-house carbon unit, you have to remove the carbon from the filter vessel. This is difficult to do and, most people hire a specialty company to do this.

How often do I need to change the carbon

You need to replace the carbon when it becomes spent. This is the point where the media can no longer remove the contaminant from your water. For a typical residential system, a carbon filter has a service life of 6 months to 1 year. If your carbon becomes fouled with solids or biological growth, you may have to replace it sooner than this.

How much do replacement filters cost

POU carbon filters have a carbon cartridge that is replaced when the media is spent. The cost of an under-sink carbon cartridge is $30 to $350, depending on the size of the unit. Whole house carbon filters require removing the spent carbon and adding fresh media to the vessel. The cost for this service is $1.40 top $4.50 per pound. A typical whole-house carbon system contains between 100 and 400 pounds of carbon – the cost for this service varies from $140 to more than $2,000. 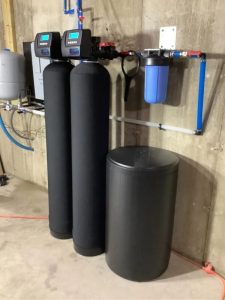 You have two options when it comes to carbon filtration – whole-house and under-sink. Whole-house systems treat all of the water entering your home. They are more expensive to install, but they provide clean, safe water to every faucet and shower in your house.

Under-sink systems are less expensive to install, but they only treat the water at the sink where they are installed.

Reverse osmosis can remove more than 99% of sulfite and sulfate from drinking water. Hydrogen sulfide will pass through the RO membrane untreated. Most RO systems utilize activated carbon pre-filters which will remove some of the hydrogen sulfide in your water.

Britia filters have activated carbon filters and can remove some of the hydrogen sulfide in your drinking water. However, they have a limited capacity for removing hydrogen sulfide and the filter element must be replaced more frequently than recommended.

Sulfites and sulfates are not removed by boiling water. Boiling will increase the concentration of these compounds due to the evaporation of water.

Boiling water is very effective at removing H₂S from water. This is because hydrogen sulfide is a gas and volatizes when the water is boiled.